Wess Mongo Jolley is an expatriate American novelist, editor, poet and poetry promoter living in Montreal.  He is Founder and Executive Director of the Performance Poetry Preservation Project, and is most well known for hosting the IndieFeed Performance Poetry Channel podcast for more than ten years.

As a poet, his work has appeared or is forthcoming in journals such as Off The Coast, PANK, The New Verse News, Danse Macabre, The November 3rd Club, The Legendary, decomP, Dressing Room Poetry Journal, RFD, TreeHouse Arts, Warrior Poets; and in collections such as the Write Bloody Press book The Good Things About America.

For the past five years, Mongo has been hard at work on his most ambitious project yet: The sprawling supernatural horror novel, The Last Handful of Clover.  Mongo describes the work as “an epic meditation on aging, loss, and regret,” and “perhaps the most challenging thing I have ever tried to write.”  The novel is currently being released serially on Patreon, Wattpad, and as an audiobook through YouTube.

He can be contacted at mongo@wessmongojolley.com, and through the form at the bottom of this page. 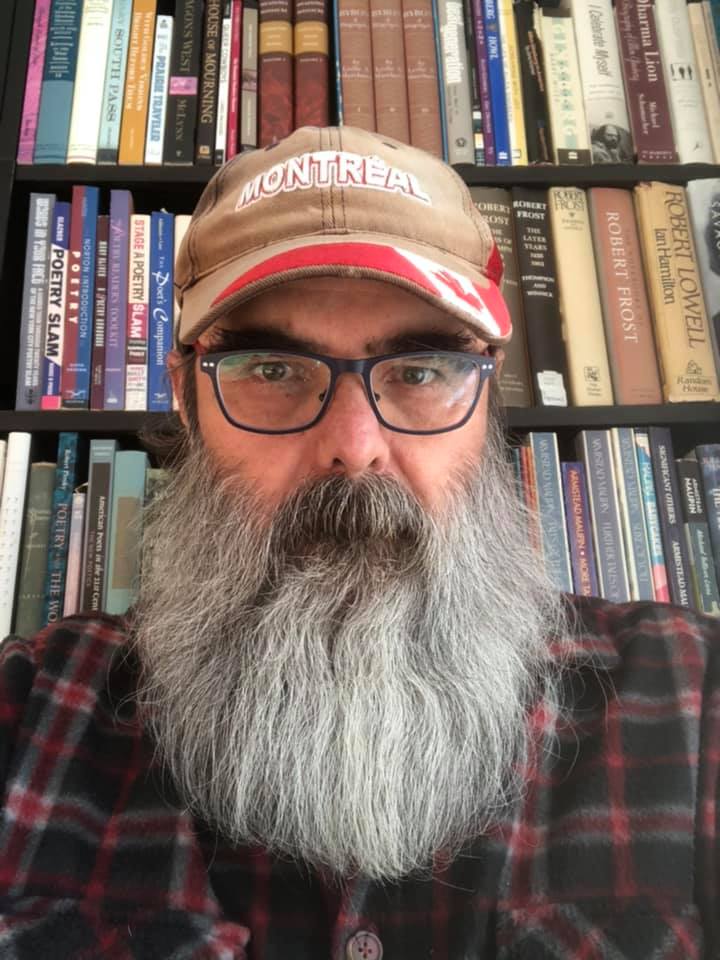 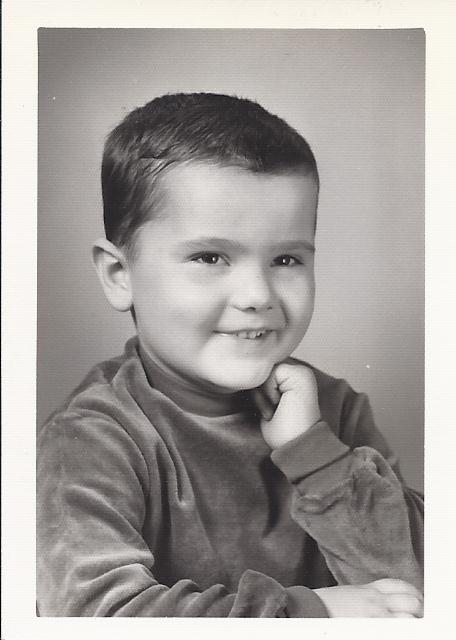 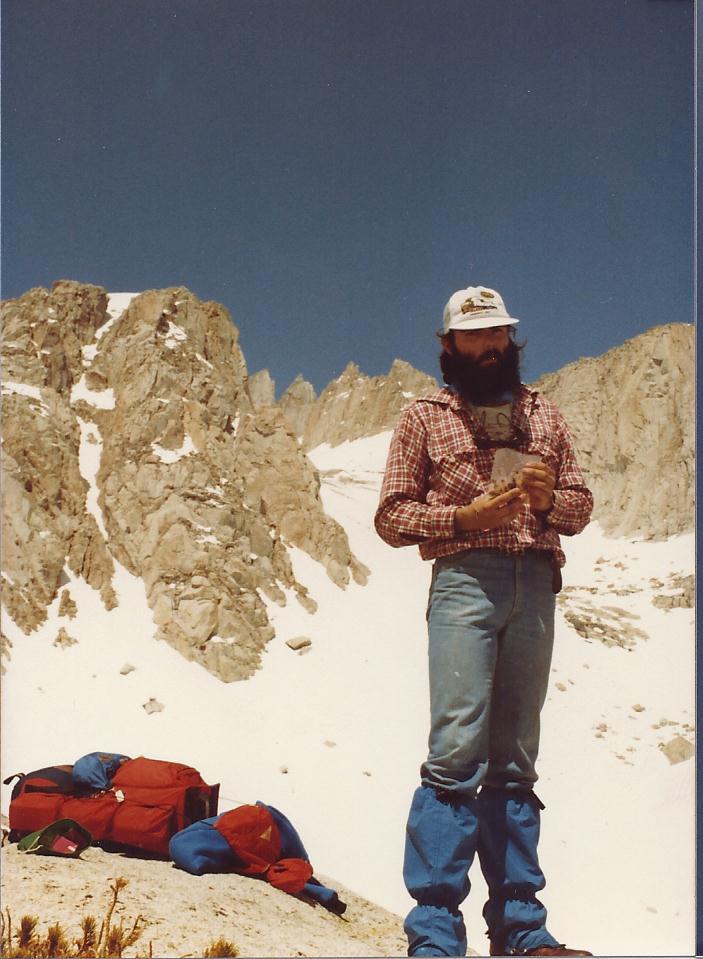 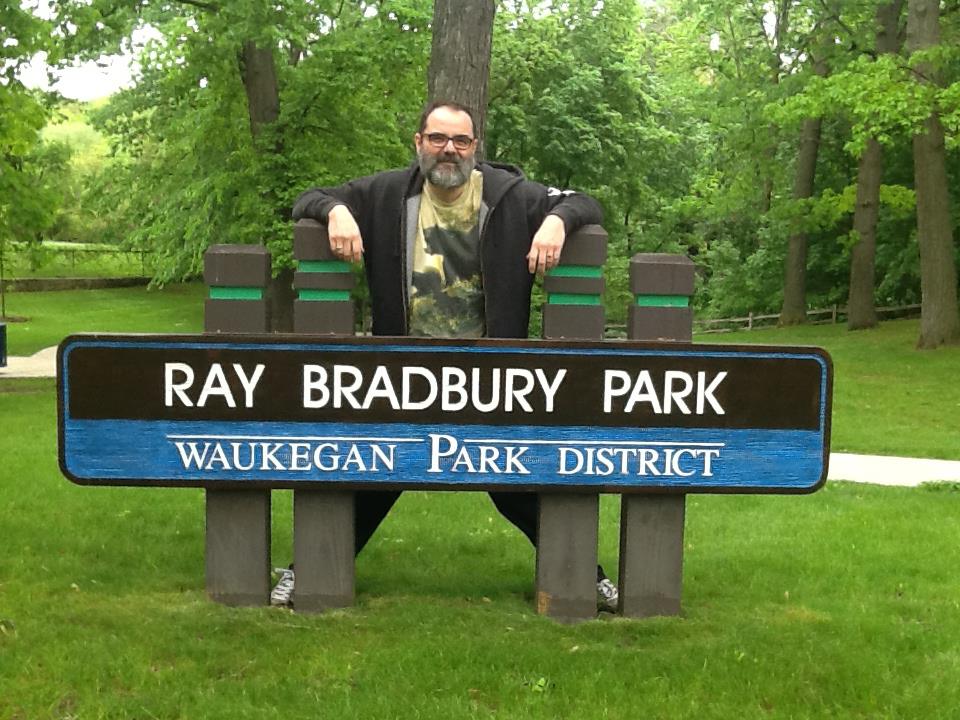 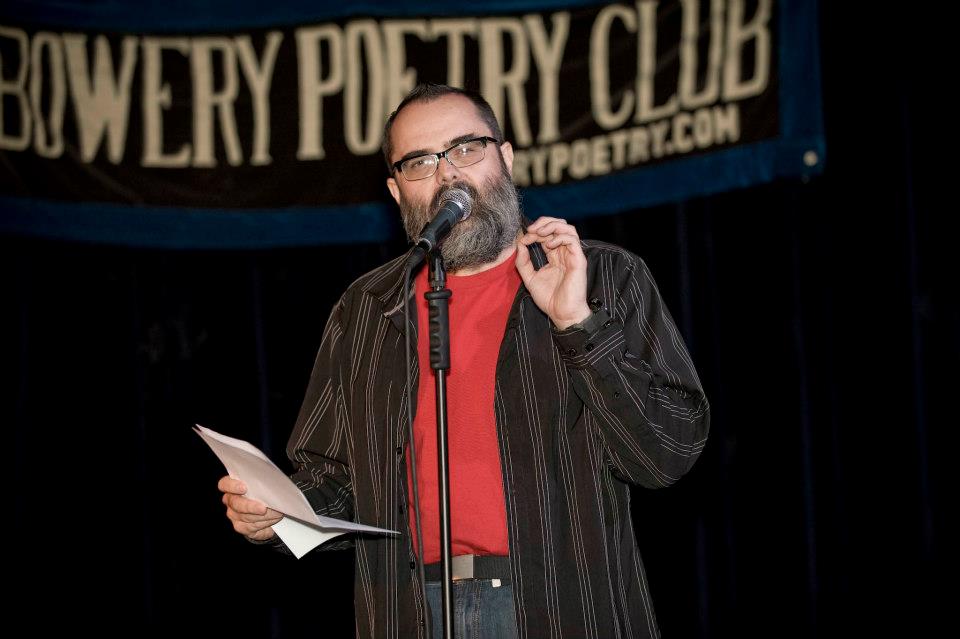 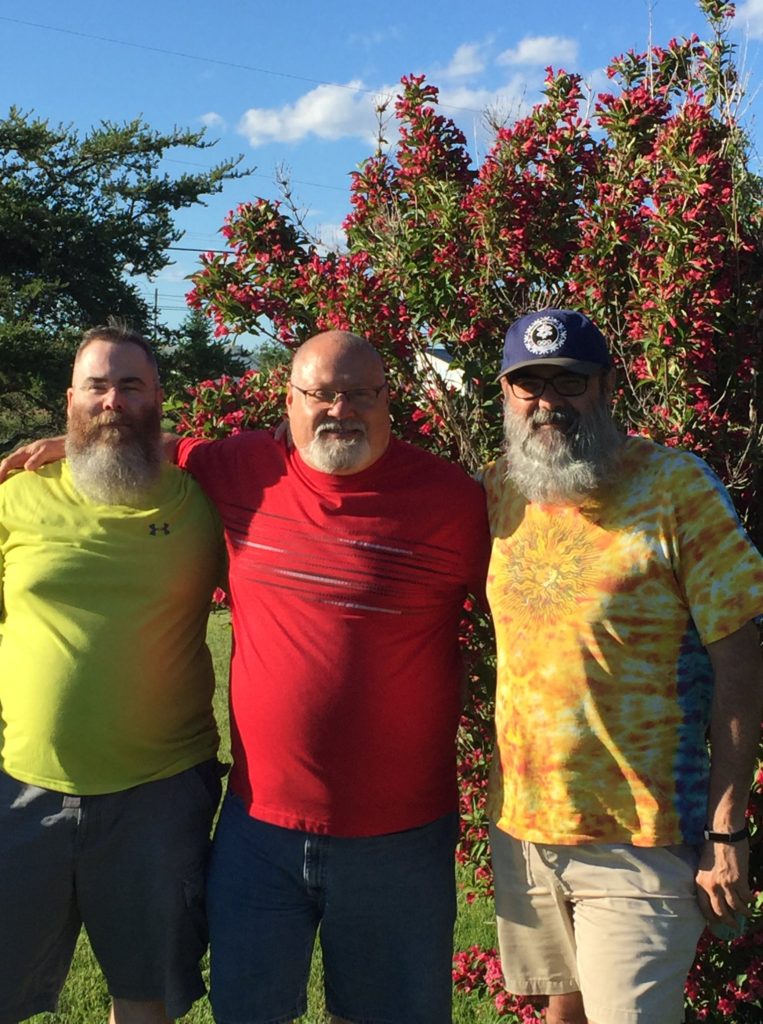 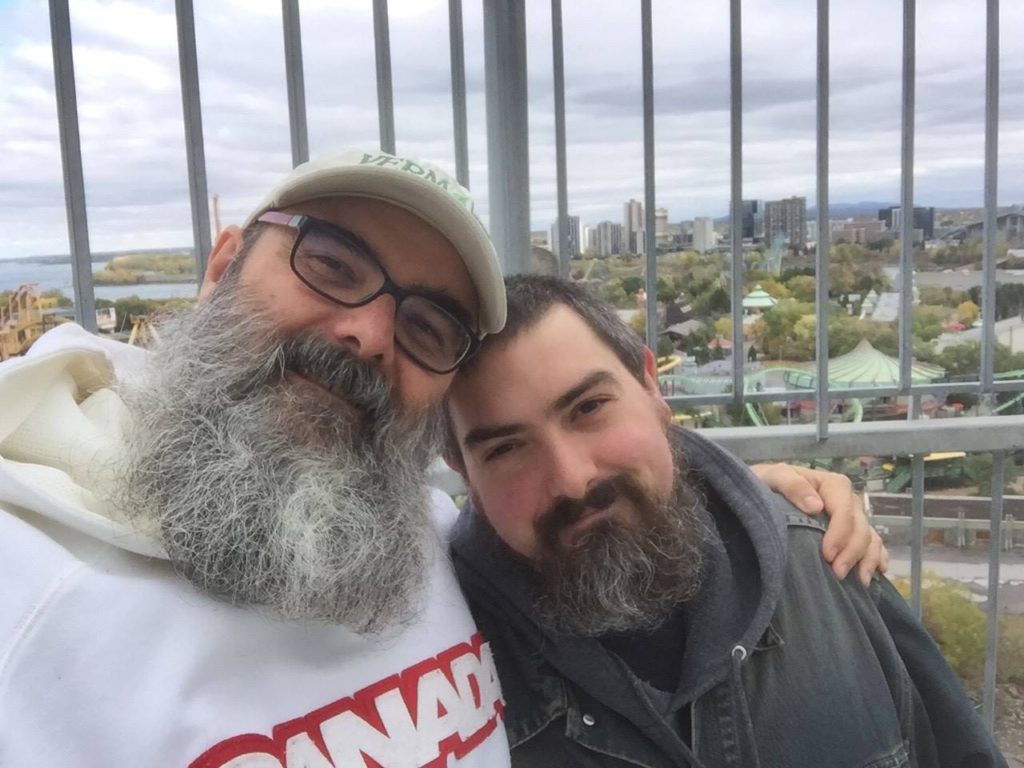 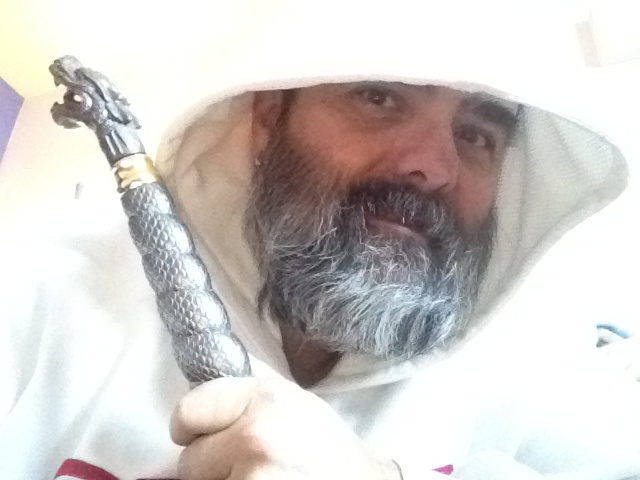 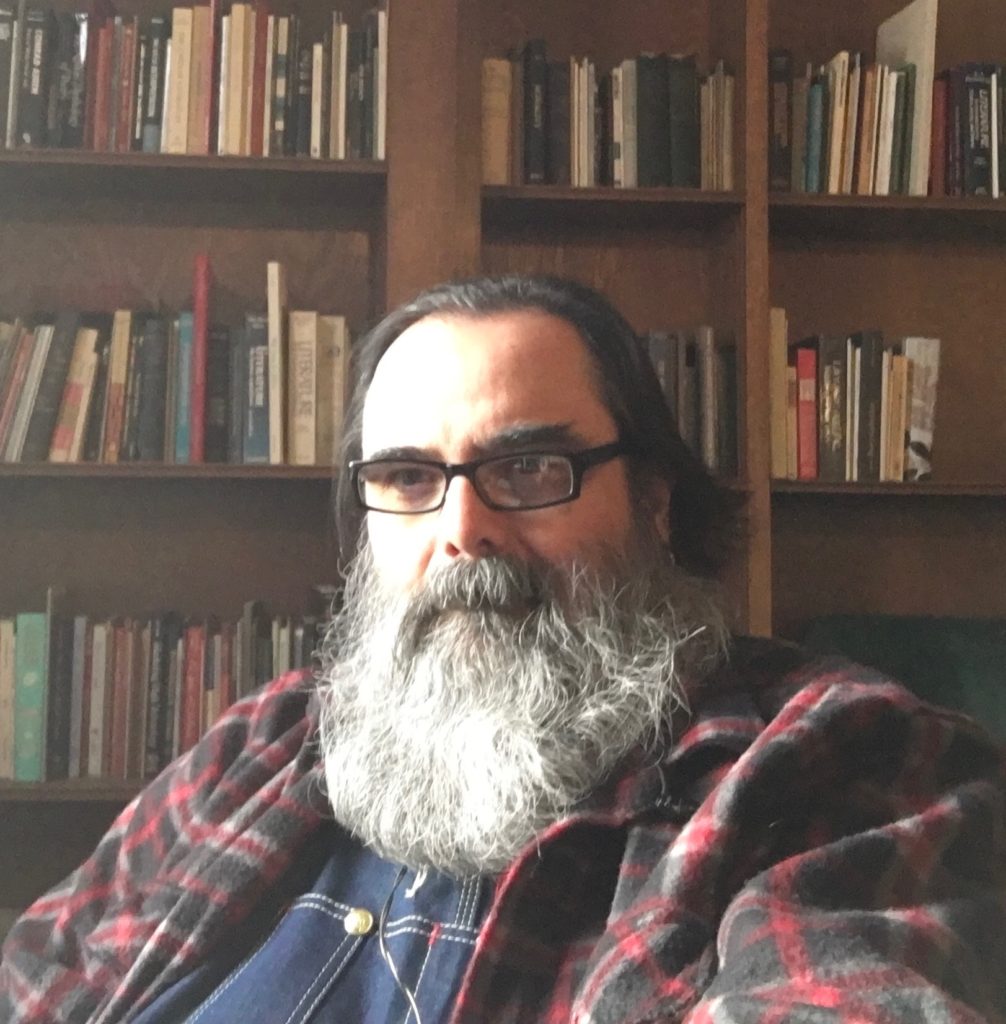 Born and raised in Utah, Mongo grew up in Park City, a mining and ski town thirty minutes outside of Salt Lake City.  He attended the University of Utah, majoring in Theater with an Acting Emphasis.  During those early years he worked on a large number of short stories, as well as Peace Reach, an autobiographical novel about his months-long solo excursion into the northern Canadian wilderness in 1984.  He also wrote voluminous journals during several years of adventuring in the wilderness areas of the West, as well as over 4,000 miles of solo bicycle touring.

It wasn’t until more than a decade later that Mongo discovered what would become one of his greatest passions: poetry and spoken word.

It all began with the poet Allen Ginsberg, whose work has fascinated Mongo since he was a young adult.  In 1995, he created the tribute website ginzy.com, which quickly grew to become the most respected and comprehensive source of information about Ginsberg on the internet. At the time of Ginsberg’s death in 1997, major media sources selected the site as a primary resource for information on the poet, and Mongo became key in organizing readings across the country to celebrate Ginsberg’s life. Ginzy.com was closed in 2001, as the rise of Google and other search engines made the clearinghouse nature of the site unnecessary.

In 2006, Mongo founded the IndieFeed Performance Poetry Channel, which featured the best spoken word artists in the slam and performance poetry field.  In the over ten years of podcasting that followed, IndieFeed featured over 600 poets and 1,600 episodes, with a total download count of over ten million episodes distributed.  During these years, the show was consistently listed as one of the top three poetry podcasts in the iTunes music store.  The archive of the show is available at http://performancepoetry.indiefeed.com.

In 2010, Mongo founded the Performance Poetry Preservation Project (P4).  This partnership between the poetry slam community and the academic world has ambitions to collect, preserve, protect, and provide access to the recorded history of the poetry slam movement.  In 2017, P4 transferred its collection of many thousands of items and tens of thousands of performances to Dartmouth College’s Rauner Special Collections Library, and the organization continues to expand and build upon that collection.  The P4 website is at http://poetrypreservation.org, and the permanent P4 collection catalog is at https://archives-manuscripts.dartmouth.edu/repositories/2/resources/3246.

In his non-literary life, Mongo is a Certified Records Manager and an information management professional with over thirty-five years of experience in the field. For twenty-two of those years, he was the Records Manager at Dartmouth College in Hanover, New Hampshire, where he also served for 18 months as the Interim Manager of the Rauner Special Collections Library. In these two roles, he nurtured a keen interest and built extensive experience in historical preservation issues, information technology, data system design, and digital record keeping. At his retirement in 2015, Dartmouth granted him the title of Records Manager Emeritus.

In the early 90s, prior to his work at Dartmouth, Mongo spent a half-dozen years as a Crisis Counselor and the Data Management Coordinator for the California Runaway Hotline in Sacramento, California.  During these years he also established a chapter of ACT/UP (the direct-action AIDS activist group founded by Larry Kramer); created Bear Byte Data Management (a relational database consulting business); and for several years was the Layout and Design editor of the legendary Pagan journal Green Egg, edited by Diane Darling and Oberon Zell.  The deep connection he had during those years with The Church of All Worlds, and their nature sanctuary, Annwfn, has heavily influenced much of his writing.

Mongo’s poetry and other writings have appeared in Off The Coast, PANK, The New Verse News, Danse Macabre, The November 3rd Club, The Legendary, decomP, Dressing Room Poetry Journal, RFD, TreeHouse Arts, Green Egg, Warrior Poets, and in the Write Bloody Press book The Good Things About America. Audio versions of his poetry have been featured on the IndieFeed Performance Poetry Channel, and Cloudy Day Art. He has performed his work at many open mics across the country, including The Green Mill, The Bowery Poetry Club, The LouderArts Project, and the Nuyorican Poets Cafe.

Since his retirement from Dartmouth College, Mongo has freelanced through WMJ Manuscript Services as a manuscript consultant, specializing in helping poets craft their best manuscript out of a collection of poems.  He has worked with prominent authors including Cristin O’Keefe Aptowicz, Derrick Brown, Anis Mojgani, and Jack McCarthy, among many others.  In more recent years, he has offered his consulting, copy-editing, and proofreading services to prose writers as well.

For the past five years, Mongo has been hard at work on his most ambitious project yet: The sprawling supernatural horror novel, The Last Handful of Clover.  Mongo describes the work as “an epic meditation on aging, loss, and regret,” and “perhaps the most challenging thing I have ever tried to write.”  The novel is currently being released serially on Patreon, Wattpad, and as an audiobook through YouTube.

In between these things, Mongo characterizes himself as a polyamorous queer faerie pagan poet bear. After a quarter century living on 60 acres in rural Vermont, he now lives with two of his three partners, and writes full time from a cubicle overlooking la Collection nationale in le Grand Bibliothèque de Montréal.