I contracted with a professional cartographer to create a map for my book (The Last Handful of Clover). It came out great! I’ll be using it in marketing, and I hope that it is intriguing enough for people to want to check out the story. Thank you @thisisnotreale !!!!

P.S: If this makes you curious, sign up for my mailing list below. The online release for the book (via Patreon) will be May 15, and then it will be released on WattPad a month later.
P.P. S: Nick and I will be creating a second map before the release. It will be a zoomed-in view of downtown Salt Lake City, showing the key landmarks described in the book. 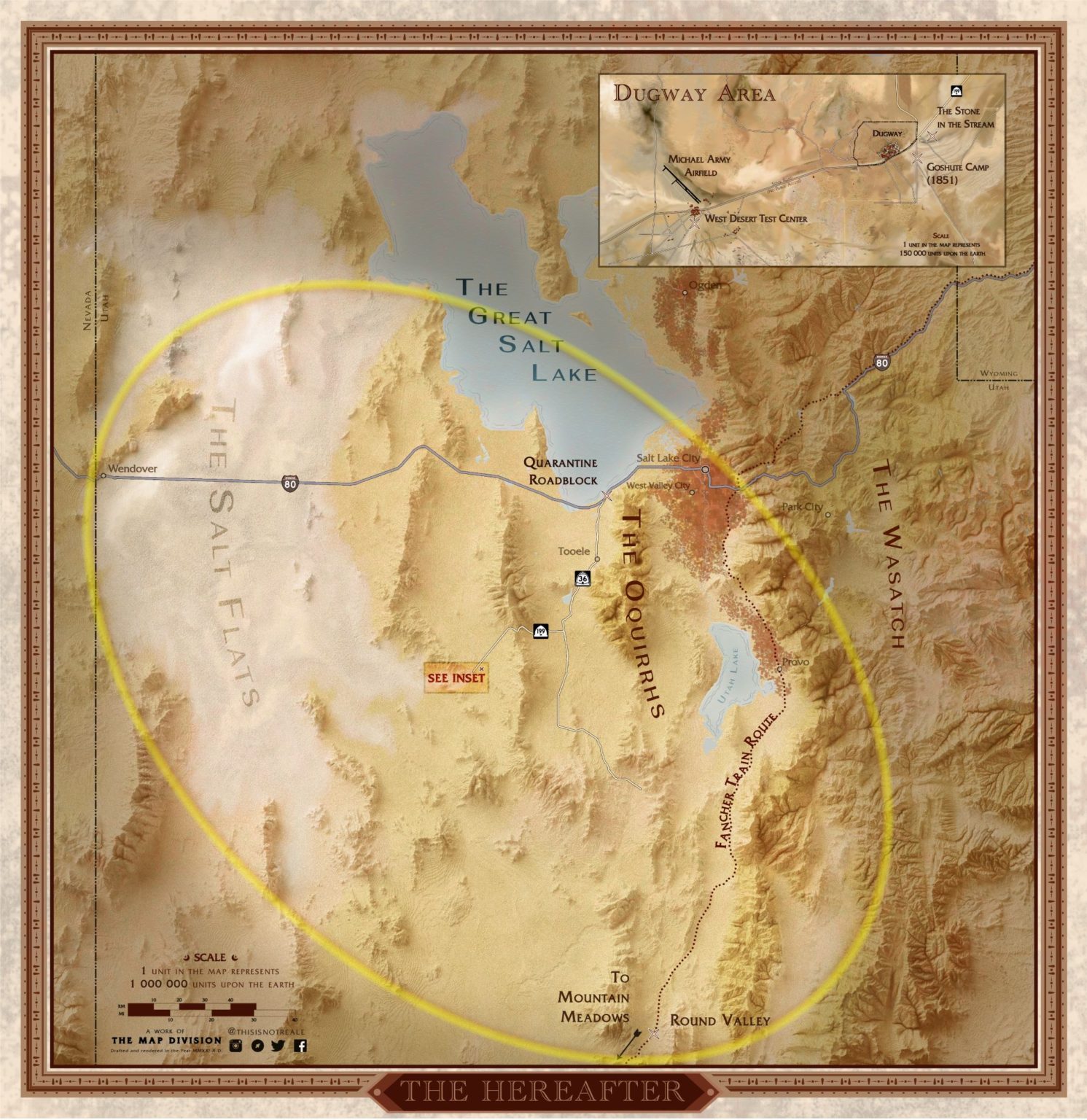